You are here: Home / The Burren / Natural Heritage / Flora

A diversity and abundancy of plant species like no other place

When it comes to ecological wealth and diversity, the Burren has few parallels elsewhere in Ireland -supporting an enormous diversity of species in its orchid-rich limestone grasslands, heaths and pavements.  It plays host to 70% of Ireland’s 900 native plant species. 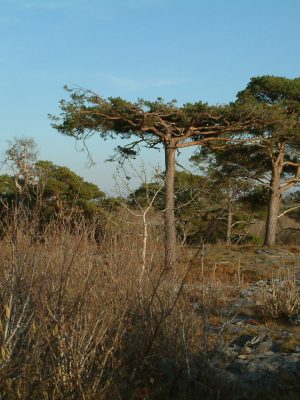 Though the Burren does contain some much sought after rarities, its real ecological distinction relates to the abundant presence of several species which elsewhere are of very limited distribution.

Some particularly noteworthy features of the flora found in the Burren include the curious mixture of Arctic-Alpine and Mediterranean species, and calcicole (lime-loving) and calcifuge (lime-hating) species, as well as the wealth of orchids.  The more interesting members of this rich flora are usually found on upland pastures, dominated by bare rock and thin, intermittent, rendzina soils, a highly stressful growing environment.

Why is there such species diversity in the Burren

There are numerous factors contributing to the rich floral diversity of the Burren uplands.  However the most important and the unique factor that makes it different from anywhere else is the traditional practice of grazing these uplands mainly in winter, called Winterage. This practice serves to remove potentially dominant grass and weed species, thus allowing the dormant herb flora sufficient light and resources to prosper over their flowering season, with little threat of being trampled by livestock.

Winterage, alongside the warm Gulf Stream, the high light density, and the natural temperature regulator of the limestone pavements, results in this region’s burst of floral bloom in the summer season.

What habitats are in the Burren? 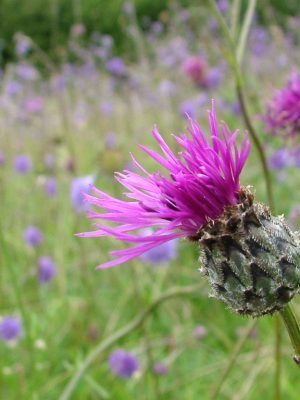 Though the Burren region represents less than 1% of the national land cover, the richness and diversity of the natural and cultural heritage present belies its compact size. Over 70% of Ireland’s native species of flora are found here, including 24 of the 28 native orchid species, as well as a very rich and interesting fauna. Some 30,462ha of the Burren have been designated as Special Areas of Conservation in recognition of the international conservation importance of the region. Within the Burren are found sixteen Annex I habitats, five of them described as ‘Priority Habitats’ under the EU Habitats Directive. These are limestone pavements, orchid-rich grasslands, petrifying springs, turloughs and Cladium fens. The scale, diversity, quality and uniqueness of the habitats present in the Burren is unparalleled in a regional, national – and possibly even an EU – context. The fact that these habitats exist in a non-fragmented landscape ‘unit’ further enhances their ecological significance, as does their largely positive conservation status. 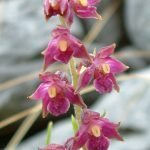 Of Ireland’s 28 native orchid species, an extraordinary 24 are known to exist in the Burren. Beginning every year around April with the flowering of the early purple orchid, and ending in September with the intricate flowering spikes of the autumn lady’s tresses, these wonderful little flowers provide a rich and fascinating attraction in the summer pastures of the Burren. Below are listed the orchids found in the Burren, their Latin, English and Irish names (Nelson, 2000).

Orchids of the Burren

Are there specialities here?

Some of the most distinctive and characteristic plant species in the Burren uplands would include the mountain avens (Dryas octopetala), bloody cranesbill (Geranium sanguineum) and, of course, the spring gentian (Gentiana verna). Many other fascinating ‘specialities’ exist in the Burren, including the Irish eyebright (Euphrasia salisburgensis), thyme broomrape (Orobanche alba) and shrubby cinquefoil (Potentilla fruticosa), all of which have their main British Isles populations in the Burren. Less spectacular specialities of the Burren would include blue moor grass (Sesleria albicans). Known in Irish as féar boirne or Burren grass, this plant is of major significance for farming, as its beautiful metallic-blue flowering head appears in early spring, providing an important source of nutrients for outwintering cattle.

These are but a few of the special plants of the Burren: though often small in size, these flowers more than compensate for their tiny forms with their sublime beauty and fascinating stories.

Fantastic FACTS about flora in the Burren